Structure of the emission trading schemes and the registry systems

Since 2012, the Consolidated System of European Registries (CSEUR) provides an EU-wide standardised and centralised registry system for all EU Member States, Iceland, Norway and Liechtenstein. The hard- and software of the system are managed by the European Commission (DG Clima), whilst the Mamber States are responsible for the management of their national users and their user accounts.

From the viewpoint of the International Transaction Log (ITL) of the United Nations Framework Convention on Climate Change (UNFCCC) the CSEUR consists of the Kyoto registries of the EU Member States and the one of the European Union (the Union Registry - UR). 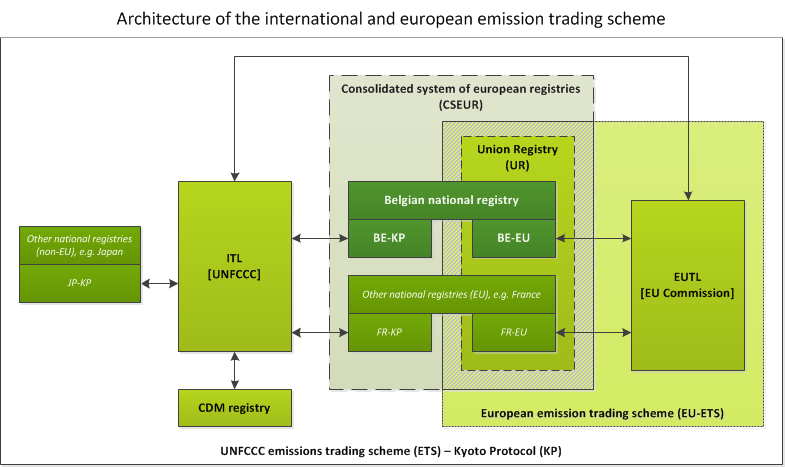 [Back to the top of this page]